Imagine coming home and everything is as it should be. We like that idea too! So will your friends and family.

Sustainable Fireworks for 4th of July

Sunshine, barbecue, and fireworks. Every American knows that these 3 elements are fundamental for a bonafide 4th of July. For those who are keen to the hazards of fireworks, however, this perfect American formula may lose some of its wholesome charm…but be not disappointed! Safe, non-toxic alternatives can serve as worthy substitutes to help celebrate our Independence…Read More

businesscompost pedallerscompostingeco-friendlygreenlocalorganic
Posted on June 24th, 2016 by The Purple Fig

Any resident of the greater Austin area is bound to have driven past a unique yard sign by now — an “I [heart] Compost” logo with a chewed-out apple core substituting for the heart. Who is responsible for these mysteriously clever signs, you ask? The answer is a source of pride for our environmentally inclined…Read More

The “No Poo” Haircare Method Pt. 1

No, it’s not that kind of poo. Until the mid-20th century, shampooing and conditioning one’s hair was considered a luxury that only came about once or twice a month — that is, until synthetic formulas revolutionized haircare. As shampooing became increasingly more commonplace and formulas derived less from nature and more from laboratories, however, very few stopped to…Read More

Set the Mood for a Green Valentine’s Day!

Already read through our guide to local fine dining, but need that pièce de résistance for your beloved this Valentine’s Day? Never fear! These eco-friendly romantic gifts are guaranteed to woo your green sweetie.

Cleaning thoroughly, efficiently, and greenly is the name of the game here at the Purple Fig, but we all have those areas of the house that- let’s face it -nobody likes to tackle. What better way to honor those dastardly, dirty crevices then to dedicate a post about how to scrub them until they shine?

DIYeco-friendlyfoodfungreenhalloweenhealthyhow tojack-o-lanternkidspumpkinrecipeseedstips
Posted on October 30th, 2015 by The Purple Fig

As pumpkin sales skyrocket this week, consider the delicious insides of the orange squash as well as the outer shell. Why spend your hard earned money on a pumpkin to carve…but discard those delicious and nutritious seeds? Munch on this recipe after carving your jack-o-lantern, as a well-suited appetizer to your sweet Halloween treats! Why Pumpkin Seeds…Read More

A Salute to America’s Greenest Hotspots

As unique of a city as Austin is, it only takes up a tiny corner of the map when it comes to the rest of this sprawling nation. To celebrate America’s 239th birthday, we at the Purple Fig want to pay homage to the exciting eco-friendly progress this country has made over the recent years by…Read More

eco-friendlyeco-travelenvironmentfungreenlocalnaturalorganicreducereusesummersustainabletipstravelvacation
Posted on June 18th, 2015 by The Purple Fig 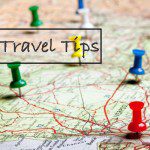 Planning a much-needed summer getaway this year? Whether you’ve only just begun hatching those vacation plans, or you’re already zipping up the luggage bag, don’t forget to keep your carbon footprint in mind during your travels! There are many simple and helpful ways to experience an amazing journey while still being kind to the planet. 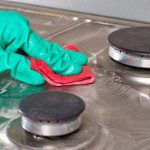 Cleaning thoroughly, efficiently, and greenly is the name of the game here at the Purple Fig, but we all have those areas of the house that- let’s face it -nobody likes to tackle. What better way to honor those dastardly, dirty crevices then to dedicate a post about how to scrub them until they shine?

austinbodyenvironmentfungreenkidslocalmindnaturesummer campsunique
Posted on May 22nd, 2015 by The Purple Fig

With mere weeks separating you and your little ones from the sunny warmth of July, you may be scrambling to find engaging and educational activities to keep your kiddos occupied during those long summer days. Never fear, though–for we have compiled a list of the most enriching local summer camps that are sure to ward off any…Read More

Learn how we are keeping our clients and team members safe during COVID-19.

The Purple Fig Cleaning Company is a small Austin-based cleaning business with a socially-conscious “green” mission. We are committed to serving our clients, employees and the Austin community.

Use natural products and the highest quality tools to provide exceptional cleanliness.

Be accountable to our customers and employees. We are bonded and insured and hire locals from Austin. We provide employee benefits like health insurance and fair pay.